WARNING: While this is intended to be a light-hearted exploration of various alternative zine formats, some of the history behind them include mentions of abuse and PTSD.

Twine is a tool for making hyperlink fiction with a minimal ammount of programming experience and in the 10s in particular, it spawned a whole community of creators who made "video game zines" in the format. They'd use it for essays, surreal stories and smut.

The scene kind of imploded, partially because it stopped being the new exciting thing (I think people caught on to the fact that many of the non-fiction twines feel a bit like "this could have been a blog post, but no one reads blogs anymore") and partially due to cliquishness and harassment.

(If it sounds like there's a whole novel worth of backstory here that I'm trying to gloss over, you'd be wrong. There are several novels worth and we do not have the time.)

“With the trashzine, I tore up the pages because I didn’t have the time or energy to bind them. I put them in ziploc bags—trash binding. In this new form they were resistant to the elements and could go interesting places. I hid one in Oakland under a bridge, and posted coordinates online. Someone found it. “
– from Hot Allostatic Load by Porpentine

This is still a nascent format, which was born out of the... everything mentioned above. While recovering from a harassment campaign, one former twine author made a "trashzine", a ziploc bag filled with torn pages to symbolize her own mental state at the time.

I've yet to see this concept take off, but I think it's REALLY promising. There's an interesting design challenge in trying to make a zine where someone could easily get the pages out of order (one thought I've had is staple a string between some pages and you could essentially do an analog twine game), and you could include trinkets and other stuff in the bag.

It's absolutely a very useful format for fractured, nonlinear stories and ideas, and I also think it'd just be funny to sell a zine at a convention or something that looks like an actual racoon made it. 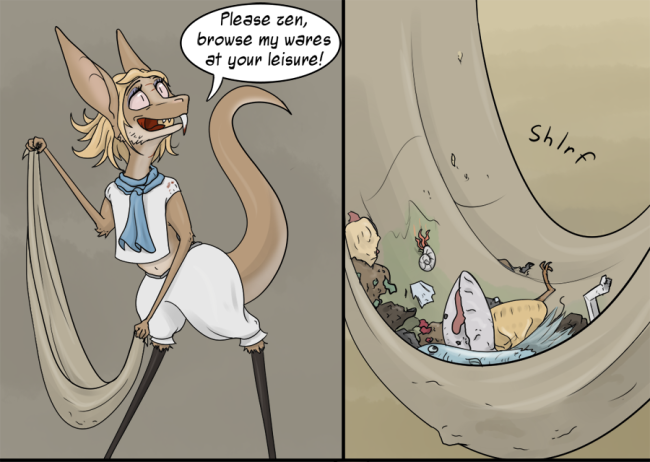 I could also see trash zines work beatifully as an APA (= a format where everyone contributes to the same zine that's then sent out mainly to all the contributors, a sort of analog forum.)

You get a workshop going with, say, twelve people, you get at least twelve ziploc bag and everyone contributes something to each bag. There's a photocopier, but no particular requirement to put the exact same thing in every bag, also several imperfect methods of reproduction such as linoleum mats, carbon paper or instant cameras. Then at the end, each contributor gets one of the bags containing whatever nonsense they and others have put into it.

If there are bags left over, you could sell or auction them off as a curiosity, but otherwise it'd mostly be a thing within that workshop.

I don't want to downplay the origin of this format in trauma. It is a broken format for broken people, but I also think it is possible and important to find the joy in it.

"Don't you mean podcasts?" I mean yeah, it's prolly what it'd be called these days, but I'm talking way back. These came on cassettes and would include things like music, fanfic readings and other sundry stuff.

I keep thinking "y'know, I have blank cassettes, I could probably make it work" (I need to fix my recordable cassette player though).

It'd probably be more convenient to release it as a podcast, but I'm a sucker for analog audio formats. 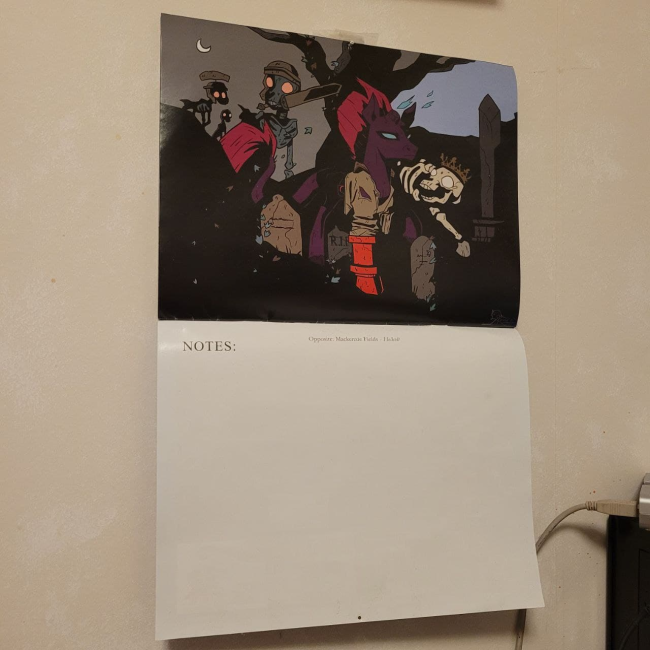 I have a fan calendar I got from the Brony Thank You Fund on my wall. I'm glad that the last picture in the one I have is one I like and illustrating a blank "Notes:" page so I can keep it on my wall even after it's outdated.

Calendars are neat because they are typically cheaper to make than a full-scale artbook and they also provide some practical use. Some people are prolly just gonna get it to look at the art, but others might keep it around and fill it with notes about doctors appointments and the like and that’s neat.

One page-zines are a great place to start if you want to make a unique, handmade zine right now. All you need is a piece of paper, a pair of scissors and maybe a pencil if you’re feeling spicy (and want your zine to have, y’know, actual content). 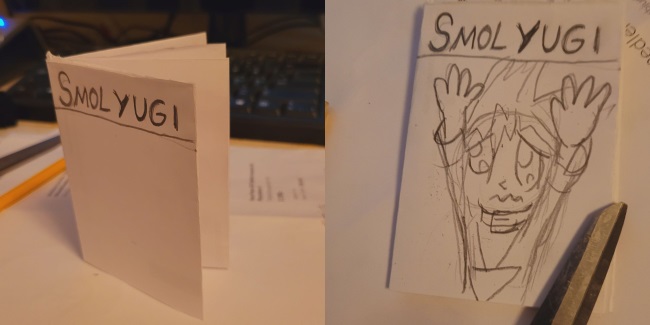 Detailed instructions on how to make one can be found here.

The neat thing about this format is that since it only requires one page, you can put anything you want on the back for people to discover only if they fold it out.

You could experiment with making it reversible or put a poster on the back, but I’d suggest simply printing out the instructions and fold that into your zine, make it open-source! 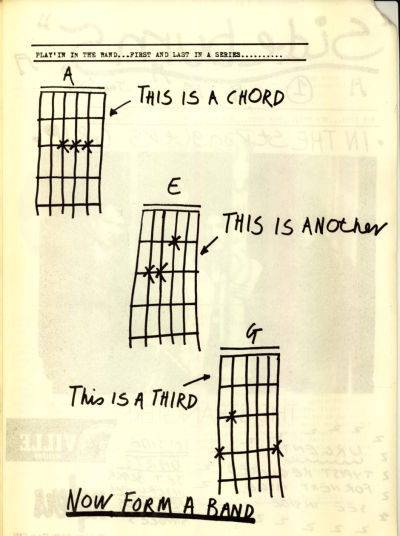 (P.S. This post was inspired and improved on by several Bobaboard anons.)