... if that's the sort of disappearance you want, you go north.

"Almost every door's an exit
Just not this one" 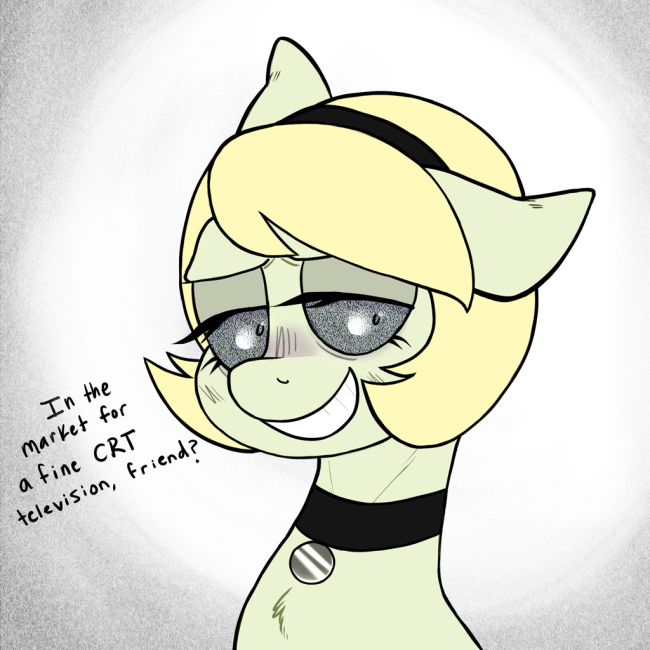 She has the ability to sense televisions. Something about the high-pitched CRT hum just buried into her soul. When she closes her eyes, she can see a faint glow for every television in active use. To her, the new millenium was like the flickering of a flourescent light before it finally gives up.

She's retired now. Her superpower does not extend to Netflix, though she does brag about having an innate sense of whether her dates actually want to watch Netflix or if they are inviting her up for something else. Nintendo sometimes try to contact her to bust underground Smash tournaments, but she throws those letters into the trash.

She toyed with the idea of fleeing north.

To the south of her was the rest of the world, with all its problems and opportunities, south was the way to go if you wanted to get lost.

But north? North was nothing but boreal forests, taciturn people, home-made liquor in plastic cans and strange, hard music. It had very little to recommend itself, yet the perversity of that choice intrigued her.

If you want to disappear in the usual way, south is the way to go. Book a round trip to Brazil, throw the return ticket down a well, get a new name and become part of the wallpaper. Sip caipirinha by the beach until the tourists starts mistaking you for a local.

But if you want to disappear the old-fashioned way, by troll or by vittra, through a gap in the rock wall or by a road that terminates in a circle of mushrooms, if you want to be a story in a dusty old book, printed in spindly serif fonts on rough paper, if you only ever want to be sighted by a wild-eyed, stringy-haired druid at a Korpiklaani concert...

... if that's the sort of disappearance you want, you go north.

Plastic Beach by Gorillaz gave her an idea; she looked up Point Nemo on wikipedia. It is a spot in the middle of the ocean where the wine-dark sea stretches out to the horizon in every direction and its only notable feature is that it’s the place on earth furthest from any human habitation. If you’re gonna be seasteading anywhere, that’s the place to do it..

These are coordinates almost everyone knows… everyone into the remote location fandom at least, and if they don’t know them, they can easily find out. There’s something funny about hiding in one of the most well-known places on earth, but if it works, it works.

The only slight flaw in her plan, apart from the inherent logistical difficulty of living out the rest of your life on a stolen ocean liner, is that every space agency has a bad habit of dumping their decommissioned space junk there.

People, amirite? You think you've gotten away from them, then they drop the fucking international space station on your head.

Doll forums are filled with advice for how to keep your witch off wikipedia. Pleading, offering up your body and various parental filters have all been discussed, but no method have been subtle enough to avoid detection.

Some articles are worse than others. There are obvious danger zones such as ”list of fallacies” and ”single combat”, and also less obvious ones such a ”Projection (disambiguation)” or ”Steven Universe Future#episodes”, but the worst of them all, the page that will only ever be spoken of in frightful whispers, is the wikipedia article on Kintsugi.

Few things are more dangerous than telling a witch that destruction is a form of creation, that putting a dent in something beatiful is an ancient and venerable japanese art. There are support-groups for victims of gold-lined megalomania.

The danger isn’t in getting cracked and mended—what doll hasn’t been? The idea that hurts like a sewing needle is that through mending, you become Art. 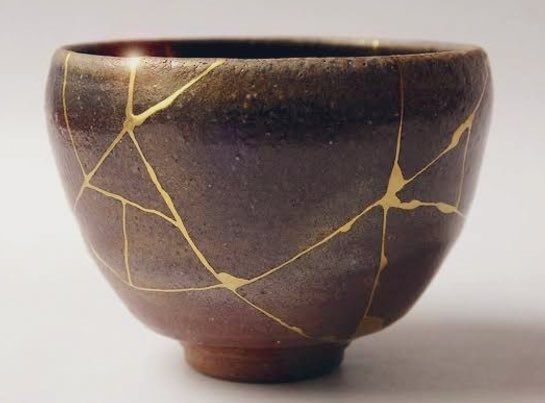